“To become a person of worth, you must know who you are; culture is part of who you are”

Myrna Manzanares was a cultural ambassador who was well known among the cultural communities. For many, she has played an important role in safeguarding and promotion of the Kriol culture, and by extension all cultures of Belize, as well inter-ethnic harmony of our Belizean people.

Myrna Manzanares was born on October 30 1946 in Gales Point Manatee, a peninsula at the southernmost village in the Belize District. She completed her primary schooling at St. John’s Anglican Primary School in Belize City and continued her education in California where she later obtained a Bachelor’s Degree in Psychology and a minor in Education and Spanish from Pepperdine University. She also studied English as second language in the University of Southern California. She completed post-graduate studies in Community Clinical Psychology at California State University in Long Beach. In 1986, she returned to Belize after having lived abroad for almost 25 years. She immediately became involved in civil society organizations including PRIDE Belize and would later work at Peace Corps Belize and Belize Teachers College.

Myrna Manzanares was one of the individuals who started the National Kriol Council (NKC) in Belize. She was the third president of the council and served for many years as the Cultural Attache. She was the guest speaker at many cultural festivals, educational events, and media campaigns.

Myrna Manzanares also served on the Executive Board for the Belize History Association and the Belize National Library Service Board. As an oral history consultant, she participated in many projects and educational outreaches with the Institute of Social and Cultural Research. She was an ardent activist for human rights, sexual and reproductive health rights, women, youth, community and education. She also served on other several civil society boards including the Belizean Studies Journal, Mental Health Association, and the Belize Brain Awareness Association.

Myrna Manzanares’s publications include Tell Me a Story (folklore); Life Lines (poetry); Traditional Games of Belize; Faith-Based Response to HIV and AIDS;  and the Healing Circle which was an inter-generational publication with Azizi Hoy a 17-year-old at the time. Her stories have also been included in Memories, Dreams, and Nightmares and Tek Mi No Tek Mi – a book on Caribbean Folktales. 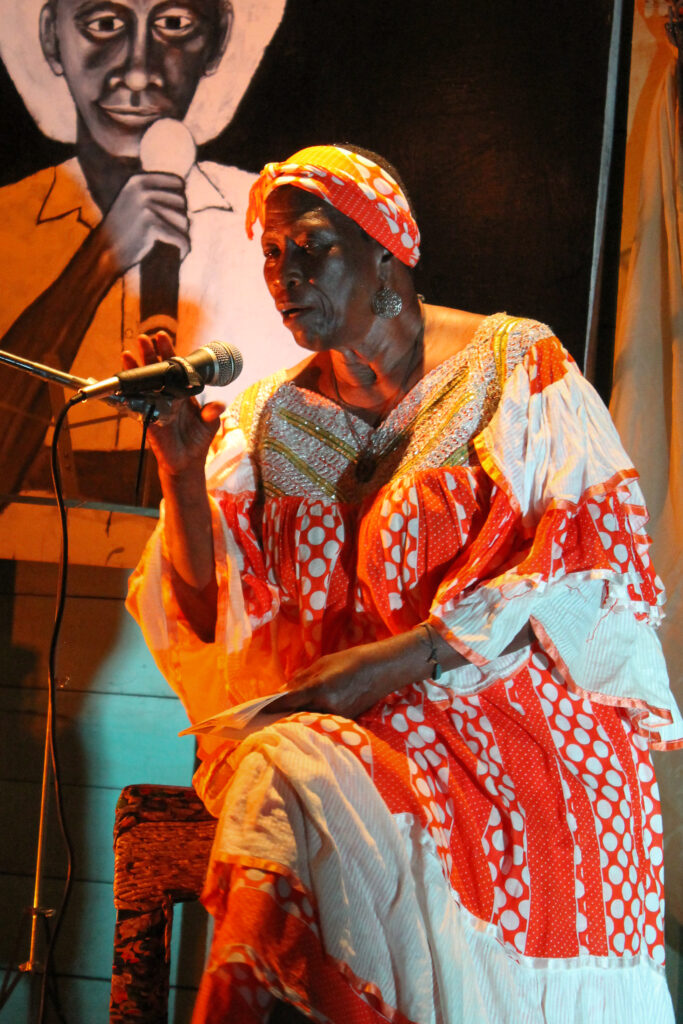 Myrna Manzanares passed away on December 21, 2021.

You can also read her Eulogy at this link: Myrna Manzanares Eulogy 2021.